History of Scrambling in Driffield

It has been a long held tradition in Driffield for the townspeople to congregate in Market Place to welcome in the New Year. 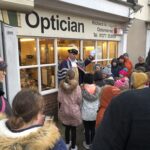 “Every New Year’s Day the children of Driffield pursue an old custom, unique to the wold of the country, and the origin of which is not know, when they go “scrambling”. The method is for the crowd of children to visit various shops and establishments in the town soliciting New Year’s gifts of oranges, fruit, nuts, sweets, pennies etc by their cheers and shouts. An upstairs window or shop window will be flung open, and showers of gifts be thrown out to be received by the ever increasing multitude with growing enthusiasm” 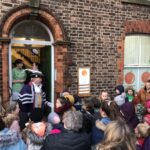 The History of Driffield – University of Hull published in 1938

While historians may never agree on anything, it is generally acknowledged that the tradition of New Year Scrambling is unique to Driffield. It is said that Scrambling has taken place for at least the last 200 years. The first edition of the Driffield Times, dated 3rd January 1860, stated the tradition had taken place earlier in the week; memories of an elderly lady of 95, who passed away in the 1950’s, recalled Scrambling at the age of 5, which means the tradition was alive and well in the 1850’s. 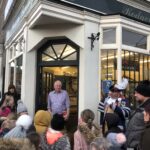 The tradition is accompanied by a chant:

Here we are at oor toon end
A shoulder o’ mutton and a croon ti spend
Are we downhearted?
No!
Will we win?
Yes!

This chant is thought to survive from the days when itinerant traders used to visit the outskirts of the town and distribute gifts to the crowd to promote trade. It is thought that perhaps townspeople would take items to barter such as a shoulder of mutton or cash – a crown or ‘croon’ to spend. 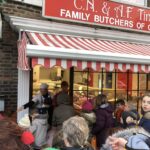 In past years very few traders would throw out coins, but fruit and sweets instead, however pennies that were thrown would be heated and would sizzle as they hit the wet ground. Scrambling continued to thrive throughout the war years and in 1961 the Driffield Times reported that over 100 children had participated in the event. However, after 1974, when New Years Day was declared a Bank Holiday, and many shops and businesses closed, coupled with an influx of residents from outside the area unaware of the custom and retail businesses passed from local ownership, the tradition began to wane. 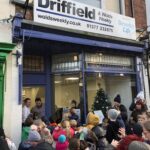 A low point was reached in 1995 when no Scrambling took place on either New Years Day or the day after. It was the fear that the town would lose a unique tradition that prompted the Town Council’s Heritage Committee, spearheaded by councillors Ian Ward and Gavin Arnold, to not only revive the tradition but ensure its continued place in our annual calendar for good. The publication of a leaflet chronicling the history of Scrambling and the rekindling of interest from the town’s shopkeepers, raised the profile to a regional and national level. 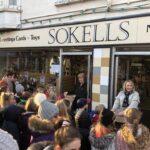 Since 1996 Scrambling has been held on the 2nd of January (bank holidays permitting) each year. Children are invited to meet the Town Mayor and the Town Crier at 9.00am in the station yard, where, accompanied by the Tidy Team, town councillors and the police, and invariably representatives of the local media including television cameras, the children make their way around the town shouting their chant and scrambling for sweets and coins thrown by the local shopkeepers and businesses. 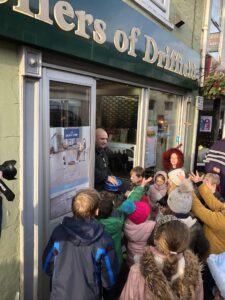 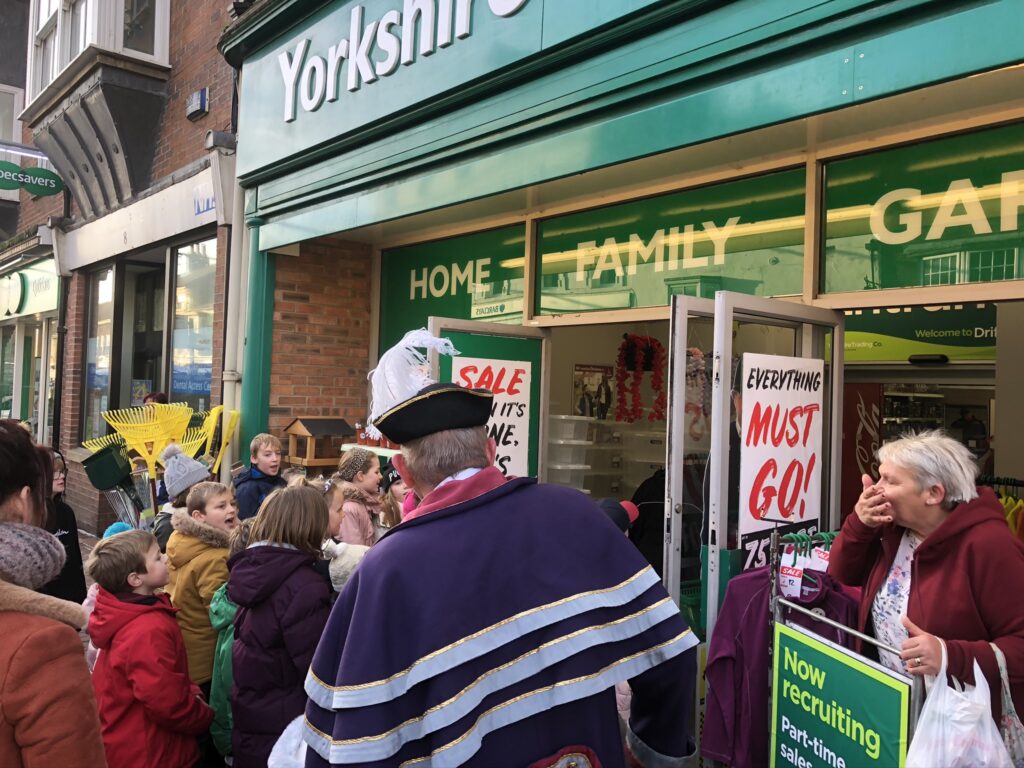 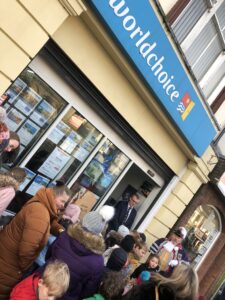 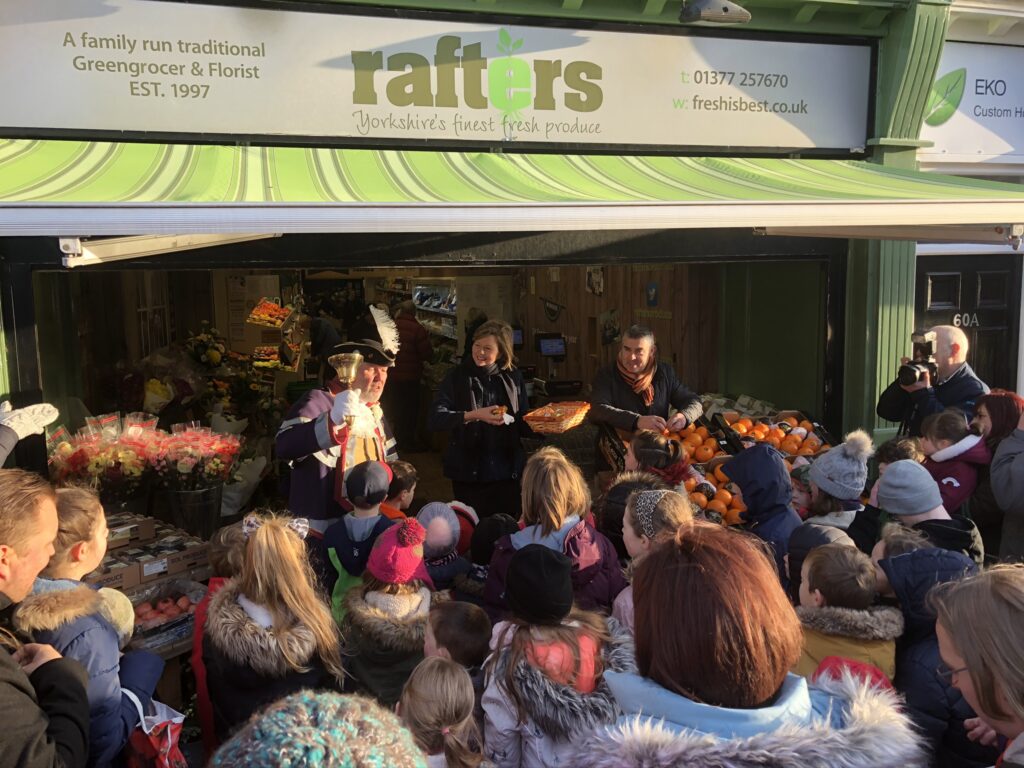 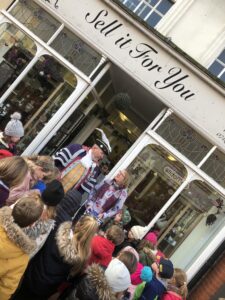