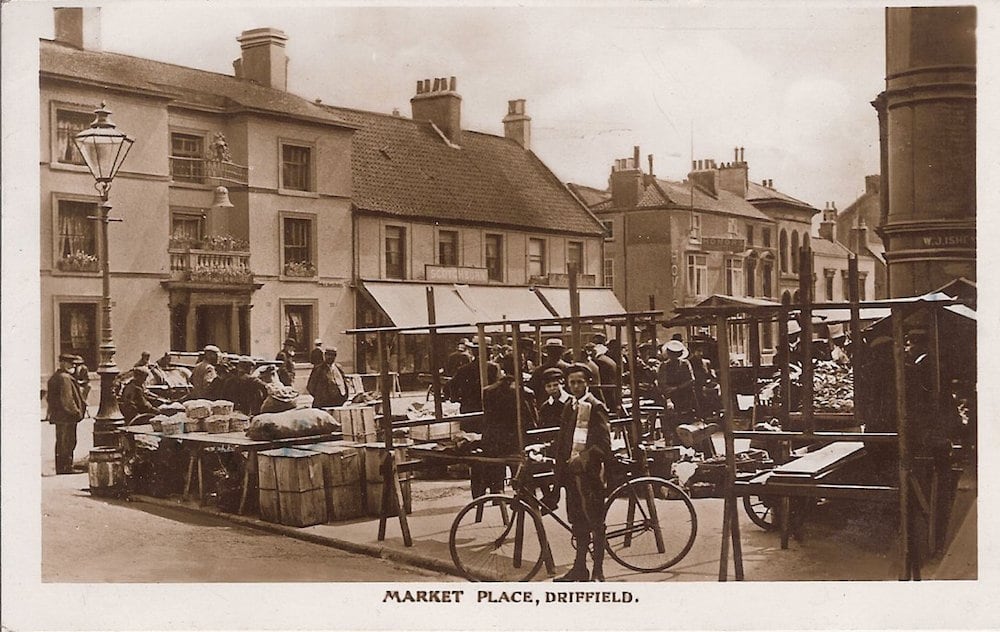 There has been a settlement in this location since prehistoric times, with burial sites and artefacts found dating back to Neolithic, Stone Age, and Bronze Age times; items from the latter are now held in the British Museum in London. In ancient times Driffield was the centre from which a large portion of England – known as Deira – was ruled. North End Park was reputedly the site of an Anglo-Saxon palace, and in the 1970s archaeological excavations of the grassy mound at the north end of the town uncovered a medieval motte castle (now known as Moot Hill).

In more recent times the town’s economy boomed when local businessman Thomas Porter orchestrated the extension of the region’s canal system to Driffield in 1770. The now tranquil and beautiful River Head area of the town became a hive of activity back then, with flour and bone meal mills, warehouses and granaries, malt houses and breweries, coal yards and manufacturing industries. The last commercial traffic departed in 1951 and the Driffield Navigation Trust was later formed with the aim of restoring the waterway to a navigable condition – a lengthy process which was completed in 2009.

The railway has been instrumental in the prosperity of the town since it arrived here in October 1846. The original line was extended to Malton in 1853 and to Selby in 1890, a development which brought large numbers of holidaymakers through Driffield heading to the coast from the West Riding.

The town is filled with interesting historical landmarks, including the 12th century All Saints Church whose tower can be seen for miles around, the imposing Bell Hotel, the former market site at Cross Hill where hundreds of farm workers used to gather for the annual hirings (and where the town’s work house was built in 1842), and the 200 year old Spread Eagle Inn which was reputedly built by the town’s witch Susannah Goor. The Masonic Hall was built in 1878 by renowned archaeologist John Mortimer, whose life in Driffield is celebrated in a fascinating walking trail around the town – you can view and download the map of the Mortimer Trail.

Hailed as a genius by one of his counterparts, Benjamin Fawcett is arguably the most famous of Driffield’s forefathers. A printer by trade, he set up his own business in 1831 in Middle Street, and went on to become a pioneer of colour printing. The site of his East Lodge Printworks is now known as Fawcett Gardens.

Driffield Town Trail is a great way to explore the town on foot – it is a short walk taking in some of the many landmarks including Fawcett Gardens, Cross Hill, Bridge House (one of the oldest surviving 18th century houses), Laundry Lane and River Head. 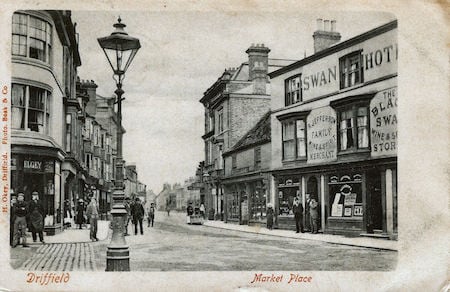 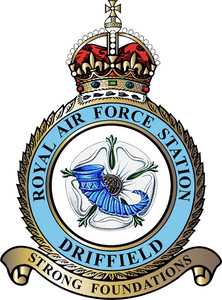 The airfield at Driffield was first built in 1916 as a base for Royal Flying Corps who were tasked with intercepting German Zeppelin airships  The following year Eastburn (as it was then known) was selected to become a proper military air station. When the RAF began to expand in the 1930s, the old World War I aerodrome sites were first to be developed as permanent stations and in 1934 the site at Eastburn was no exception. In 1934 the construction of RAF Station Driffield began which was finished and operational in 1936.

Driffield became a Bomber Command airfield, initially occupied by 58 and 215 Squadron. The RAF expanded rapidly and as Driffield was not large enough to house multiple squadrons, both 51 and 58 moved  to RAF Boscombe Down. The remaining squadrons converted to flying the Handley Page Harrow by the end of summer in 1937.

Driffield became the victim of the first concentrated bombing when on 15 August 1940 a large formation of German bombers raided the airfield, scoring 171 direct hits, causing 14 deaths and the destruction of 12 Whitley bombers. Several other bombers, as well as buildings were damaged, and the airfield was put out of action for several days.
In early 1941 Driffield was returned to operational use, but this time as a fighter station with squadrons of Hurricanes and Spitfires of before it was reclaimed again by Bomber Command in the Spring.
A new phase of development at Driffield was now underway with construction of new hardened runways. The airfields boundaries were also extended to the west, and three new runways were built. New facilities included a bomb store and accommodation for 2300 personnel. The entire reconstruction took a year and a half, so the airfield did not reopen until June 1944. 466 Sqn returned to the airfield and provided the core for a reformed 462 Sqn (also RAAF) from mid-summer. Both squadrons operated alongside each other until the end of 1944. 466 Sqn flew its last bombing raid two weeks before the end of the war, which was also the last raid from Driffield. In total the airfield had lost 87 aircraft due to enemy action or crashes in the UK: Whitleys, Wellingtons and Halifaxes.
Post WW2, the station at Driffield continued to be used for various activities including Thor nuclear missiles in the 1960’s. In 1977, the RAF handed the airfield to the Army, who renamed it ‘Alamein Barracks’ and used it as a driver training center. They used the airfield until they finished converting RAF Leconfield for use as a driving school. The runways were removed in the early 1980s, and the resulting hardcore was used in the construction of the Driffield bypass. The control tower and air raid shelters were demolished before 1976, while its hangars were used to store government surplus grain. Ownership of the airfield was returned to the RAF in 1992. It was renamed RAF Staxton Wold – Driffield Site. RAF ownership did not last long however, in 1996 all personnel and equipment were withdrawn to RAF Staxton Wold. The hangars are now occupied by industry, the logistics site is otherwise abandoned and quite popular with urban explorers. The former flight area is still in service as a driving area by DST Leconfield. 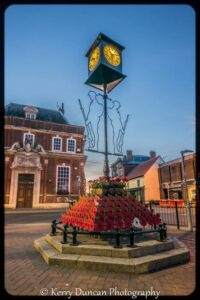 In 2018, Driffield Town Council organised events to mark the end of the First World War and commemorate those who served, especially from Driffield.

Hand-made poppies, with the name of each person who never returned to Driffield, were arranged at the foot of the Millennium Clock on Market Place (these are now displayed in Cass Hall). 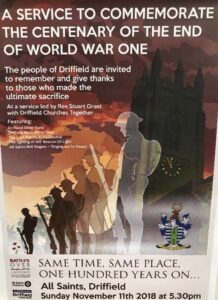 On the evening of 11th November, Driffield Town Council, in partnership with All Saints Church and Driffield Churches Together, organised a service to commemorate 100 years since the end of World War One.

The service provided an opportunity for the people of Driffield to pay tribute to those who gave their lives for their country, and in particular, the 131 men from Driffield who never returned. The entire service was recorded and can be watched on our YouTube channel.