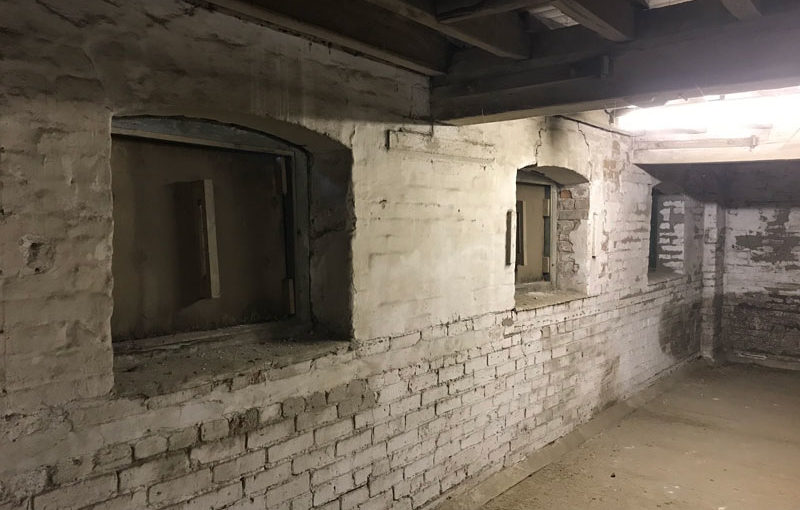 This project focuses on the Grade II listed Mortimer’s Warehouse, which is located at the head of Driffield Navigation in the market town of Driffield, East Yorkshire. The canal extends 11 miles from River Head, close to the town centre, to Struncheon Lock where it meets the tidal River Hull.

Driffield Canal was opened in 1770, providing the town and surrounding area with access to the Port of Hull and beyond via the Rivers Hull and Humber. A cluster of warehouses, including Mortimer’s, was built at River Head in the late-18th century to support the export of agricultural products such as wheat and intake of coal and other goods. The canal prospered in the 19th century, despite the introduction of the railway in 1846, and remained a commercial waterway until 1951.

‘Mortimer’ is a prominent name in Driffield. Resident John Robert Mortimer (1825-1911) is recognised for his contribution to modern British archaeology, publishing ‘Forty Years’ Researches in British and Saxon Burial Mounds of East Yorkshire’ in 1905. He also founded James Mortimer Ltd., a grain and seed merchants, in 1869. From the 1870s to 2014, the Mortimer family used the River Head warehouses for their business.

Mortimer’s Warehouse remained a grain store until 2016 when it was bought by a private individual.

Based on a rectangular plan, Mortimer’s Warehouse is spread over three floors, covering a total area of 341m2. The existing grain silo is a triple height void occupying one third of the building. Notable heritage features include original brickwork, timbers and the exterior sign. A recent survey found the building to be in good condition. Currently not in use, the warehouse has the potential to be developed as a symbol of Driffield’s place in Britain’s great age of canal building.