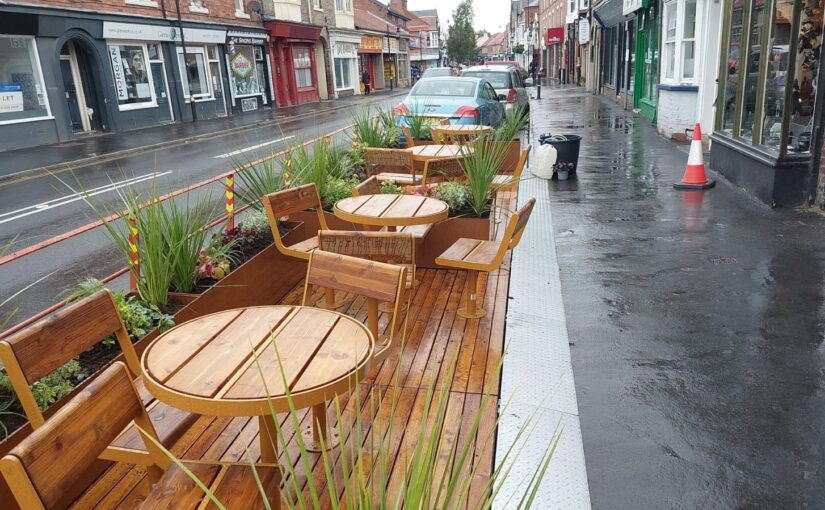 The parklet, situated on Middle Street South, is now complete and beautifully planted up by our very own Tidy Team and Mr Green Fingers Rob Flake, who selected the range of plants and put them in – thank you!

Despite controversy from certain quarters and a veritable social media storm, with coverage from local TV, radio and press, opinions have been mixed to say the least! However, the finances came from central government and if we hadn’t secured the funding via ERYC, then another town would have done.  There was a consultation carried out with over 75% of 400 respondents expressing a desire to see the parklet installed.  In addition, it has been clear for some time that Middle Street South was in much need of an area to encourage people to dwell there, to mirror the phenomenal success of Umbrella Plaza in Market Place.  The parklet is covered by CCTV.  We had to put the parklet where it is to ensure maximum parking spaces and to avoid the mini roundabout.

The parklet was originally meant to be delivered in July, however to due factors beyond our control, it only arrived last week, so we decided that despite the onset of autumn we would carry on with our installation plans.  Since its completion on Wednesday, the parklet has been very regularly used by passers by enjoying coffee from Kinship and Molly and Jeans, sandwiches from Thorleys, fish and chips from Stuarts and all sorts of other snacks from the great range of bakers and shops in Driffield.