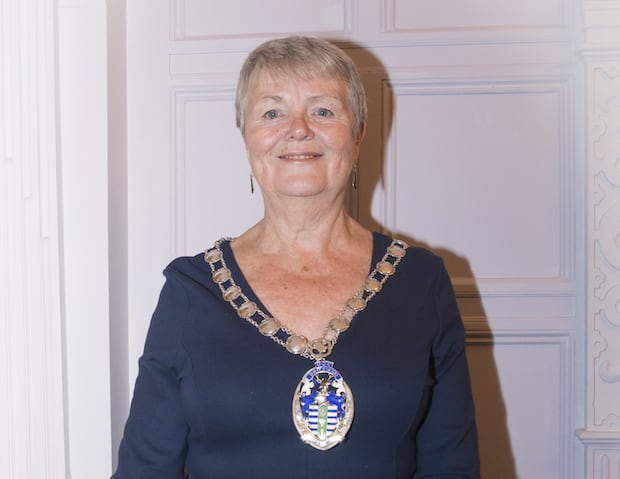 The Annual Parish Meeting was held yesterday evening at which the Mayor, Cllr Joyce Fletcher, gave her annual report of the council year.

‘This year has been a momentous year for Driffield Town Council.  The council have embarked on their largest ever project – the erection of a purpose-built depot from which to run our operational services.  After extensive consultation in the autumn in which our plans were met with near universal approval by the residents, a public works loan was secured and the foundations of the new depot at Skerne Park were laid in February.  We expect to begin the relocation in August of this year.

I must congratulate my fellow councillors on their commitment and dedication to meeting the challenges that face our rural market town head on, with extensive growth in houses and population already well underway it was imperative that the Town Council future proof their services and this new depot will ensure that we are able to rise admirably to the impact this growth will inevitably have.

Our various committees have been extremely busy throughout the year and their respective chairmen’s will report on their progress and achievements.

The Town Council led the way for the community in the poignant commemoration of 100 years since the end of the First World War.  This included the beautiful poppy memorial around the Millennium Clock, the Station Memorial in partnership with the Yorkshire Coast Rail Partnership, a special service on November 11th and the lighting of the beacon, attended by hundreds of residents, and not least the renovation of our war memorial.  The rededication of which we look forward to in July of this year.

Other successful events this year have been the annual bonfire and firework display and most especially the wonderful Christmas Festival, which proved incredibly popular with residents.

The Town Council continue to monitor the situation with the Alfred Bean Hospital and have established a close working relationship with the Hospital League of Friends, and most recently the East Riding Health Watch.  We also continue to place pressure on the CCG as ideally, we would like to see our MIU reopened, which perhaps is an unrealistic wish, however it is imperative we keep up the pressure and retain at least the best 8-8 centre service possible.

On a wider level we try to work closely with ERYC on many issues, from highways, to dog fouling and beyond.  There are certain issues that we don’t agree with and try to assert our view via the consultee route, including planning – for example – we would very much have liked to have seen a roundabout built on the by pass before the start of the Long Lane development and also we were sceptical about the proposed junction at Beechwood Lane to name but two issues that have arisen lately.  Our views and concerns fell on deaf ears.

Looking forward, I believe this coming year could be a very significant one for the town in general.  After years of stagnant non activity, some of the derelict sites that have blighted our town seem to be at last ‘moving’ if not slightly.  For example, the cattle market buildings have been demolished and it is imperative that in the coming council year that the Driffield Town Council place substantial pressure on the planners at ERYC to listen to the residents and allow these new owners to move forward on this site and change the planning from mixed use to residential.

I would like on behalf of the town council and the residents of Driffield to thank these councillors for their hard work, commitment and dedication to the town of Driffield and wish them all very well in the future.’